My Furry Valentine would not be possible without the support of local business who are also committed to saving the lives of companion animals in Cincinnati. 2023 Event sponsors and media partners to be posted soon. 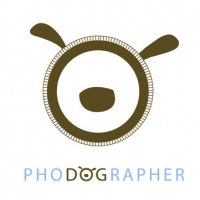 PhoDOGrapher, our host and the founder of My Furry Valentine, is a Cincinnati-based pet photography studio specializing in candid portraits of pets and their people. Carolyn Evans of phoDOGrapher has had the pleasure of photographing Cincinnati’s furry friends for more than a decade. When not behind the lens, Carolyn devotes much of her time to helping homeless animals. She utilizes the power of photography to capture the spirit of animals to help tell their story. She is an ardent supporter of the No-Kill movement, the Board Secretary of HeARTs Speak, a united group of artists united to break down the myth that animals from rescues and shelters are inferior, and the Board President of My Furry Valentine. 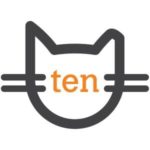 The Ten Movement is a nonprofit movement funded by The Joanie Bernard Foundation that exists to create a 100 percent no-kill nation for cats. People say that cats have nine lives; together, we can give them one more. Based in Cincinnati, Ohio, The Ten Movement began in 2013 with the goal to create a no-kill nation for cats. Before then, the live-release rate (LRR) of shelter cats in Cincinnati was an unsettling 37%. That means only one out of three cats that entered a shelter would survive to be adopted. Since The Ten Movement efforts began, our community LRR has vastly improved and is now 96.4%. They have accomplished this amazing success through spay and neuter. It’s the simplest, most humane method for addressing feline overpopulation. Controlling overpopulation leads to fewer homeless cats and kittens, and an end to shelter overcrowding. That means life, love and a home for every cat. During the My Furry Valentine adoption weekend, participating rescues and shelters will be offering cat adoptions for $25 and kittens for $40.